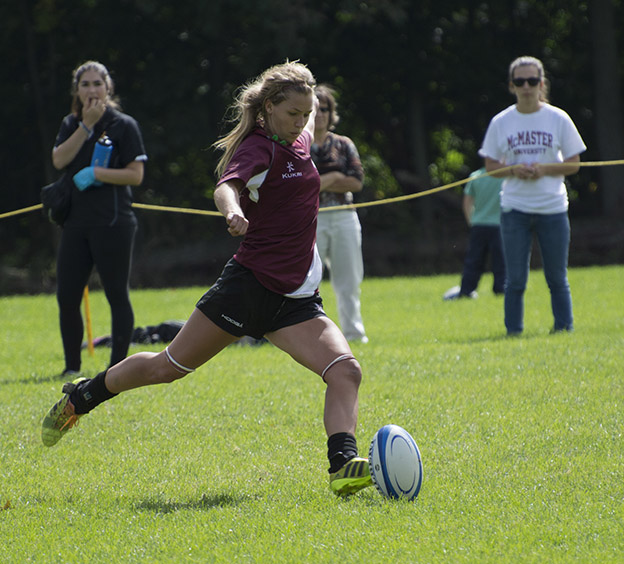 BY Athletics and Recreation

Several Marauders teams will be in action this weekend as McMaster celebrates its 78th Homecoming festivities.

On Saturday, September 27 the focus will be on the annual football game with Queen’s providing the competition. The game at Ron Joyce Stadium is now officially sold out.

Sunday, September 28 sees the McMaster rugby and soccer teams grab the spotlight. Currently sitting fourth in the national top ten, the women’s rugby team will tackle the powerful Guelph Gryphons. With a win the Marauders can gain home field advantage and position themselves for a deep playoff run. The women’s rugby match starts at noon on the 10-acre field.

The men’s rugby team also faces a crucial clash on Sunday, when it puts its undefeated record on the line versus the Queen’s Gaels, who are also unbeaten in the OUA. Men’s rugby will follow the women’s match at 2 p.m.

The Marauder soccer teams are in action on Sunday afternoon at Ron Joyce Stadium, with the women’s team playing Waterloo at 1 p.m. The Marauders are fighting for their playoff lives and need a win against the visiting Warriors.

Riding a five-game win streak, the Marauder men’s soccer team will play Waterloo at 3:15 p.m. following the women’s match. McMaster moved into the eighth spot in the top ten this week and will be trying to move up in the rankings.