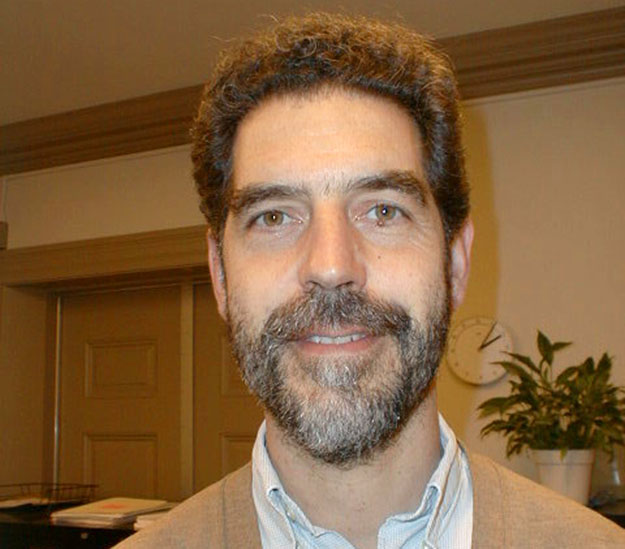 Walter Craig, a renowned mathematical analyst and professor in the Department of Mathematics and Statistics, began his term as director of the Fields Institute July 1.

To some, the study and application of math involves a finite set of rules and numbers — unflinching and definite.

For Walter Craig, the possibilites of advanced mathematics are endless. He lives to reinvent the rules, and chart new territory.

Craig, a well-respected analyst and professor in the Department of Mathematics and Statistics, was recently named director of the Fields Institute for Research in Mathematical Sciences.

The Toronto-based organization strives to connect some of the top mathematicians in Canada, the U.S., Europe and Asia, while promoting an environment of collaboration and fellowship among researchers. Members often stay in Toronto for the duration of their research project, and tackle some of the most complex problems known to modern mathematicians.

The overall goal, explains Craig, is to facilitate an exchange of ideas and information that simply can’t be done online. Face-to-face interaction is a key aspect of each project — especially when researchers get … excitable.

“If you can shout at each other in front of a blackboard, it can be very helpful,” explains Craig with a chuckle. “Faculty come to the Institute, collaborate and ultimately produce great work. For select periods of time, it really is the central place in the world where certain topics are being discussed.”

Craig’s term as director began July 1, and will last for the next three years (with an optional two-year extension). Interestingly, one of his departmental colleagues at McMaster, associate professor Matheus Grasselli, is already serving as deputy director.

“We’re just taking over at the Institute,” jokes Craig. “In reality, the University’s Mathematics and Statistics department is well-respected in Canada for beging leaders in geometry, financial math, logic and model theory and other areas of study. We’re also known as leaders when it comes to applied math.”

In addition to his duties at the Fields Institute, Craig will continue to serve as a professor at McMaster.

Below, Matheus Grasselli speaks to the Institute for New Economic Thinking: