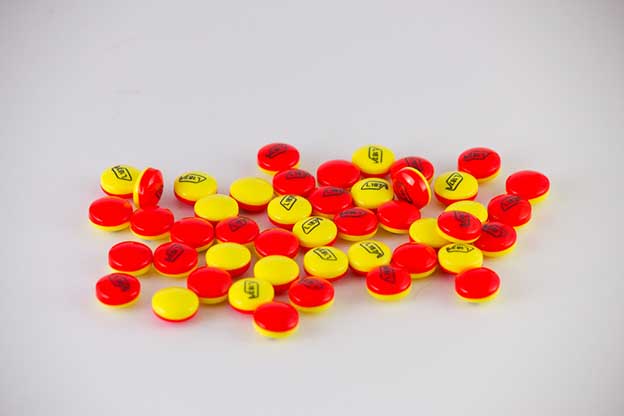 New research from McMaster University has discovered that the widespread use of medications that contain fever-reducing drugs may lead to tens of thousands more influenza cases, and more than a thousand deaths attributable to influenza, each year across North America. These drugs include ibuprofen, acetaminophen and acetylsalicylic acid.

Contrary to popular belief, fever-reducing medication may inadvertently cause more harm than good.

New research from McMaster University has discovered that the widespread use of medications that contain fever-reducing drugs may lead to tens of thousands more influenza cases, and more than a thousand deaths attributable to influenza, each year across North America. These drugs include ibuprofen, acetaminophen and acetylsalicylic acid.

“When they have flu, people often take medication that reduces their fever. No-one likes to feel miserable, but it turns out that our comfort might be at the cost of infecting others,” said lead author David Earn, an investigator with the Michael G. DeGroote Institute for Infectious Disease Research (IIDR) and professor of mathematics at McMaster University.

“Because fever can actually help lower the amount of virus in a sick person’s body and reduce the chance of transmitting disease to others, taking drugs that reduce fever can increase transmission. We’ve discovered that this increase has significant effects when we scale up to the level of the whole population.”

The study, published in the Proceedings of the Royal Society B today, was co-authored with McMaster professors Ben Bolker, of the departments of mathematics & statistics and biology and the IIDR, and Paul Andrews of the Department of Psychology, Neuroscience and Behaviour.

“People often take — or give their kids — fever-reducing drugs so they can go to work or school,” Earn said. “They may think the risk of infecting others is lower because the fever is lower. In fact, the opposite may be true: the ill people may give off more virus because fever has been reduced.”

The researchers assembled information from many sources, including experiments on human volunteers and on ferrets (which are the best animal model for human influenza). They then used a mathematical model to compute how the increase in the amount of virus given off by a single person taking fever-reducing drugs would increase the overall number of cases in a typical year, or in a year when a new strain of influenza caused a flu pandemic.

The bottom line is that fever suppression increases the number of annual cases by approximately five per cent, corresponding to more than 1,000 additional deaths from influenza in a typical year across North America.

“This research is important because it will help us understand how better to curb the spread of influenza,” said David Price, professor and chair of family medicine for McMaster’s Michael G. DeGroote School of Medicine.

The family physician agrees with the researchers’ conclusions. “As always, Mother Nature knows best. Fever is a defence mechanism to protect ourselves and others. Fever-reducing medication should only be taken to take the edge off the discomfort, not to allow people to go out into the community when they should still stay home.”

“People are often advised to take fever-reducing drugs and medical texts state that doing so is harmless,” added Andrews. “This view needs to change.”

The research findings echo previous research that has shown how the widespread use of medication can have unwanted effects on the transmission of disease. For example, it is now well accepted that the indiscriminate use of antibiotics has driven the emergence of life-threatening antibiotic resistant bacteria.

Bolker said: “Parents and health care professionals alike have focused on making their children or patients feel better by reducing fever, without being aware of potentially harmful side effects at the population level.

“Although we have put together the best available estimates for each parameter in our model, we have a long way to go before we can make concrete policy proposals.

“We need more experiments to determine precisely how much reducing fever increases viral shedding in humans, and to estimate how much more people spread disease because they are more active in the community when they alleviate their symptoms by taking medication.”

The study was supported by the Natural Sciences and Engineering Research Council of Canada and the Michael G. DeGroote Institute for Infectious Disease Research.