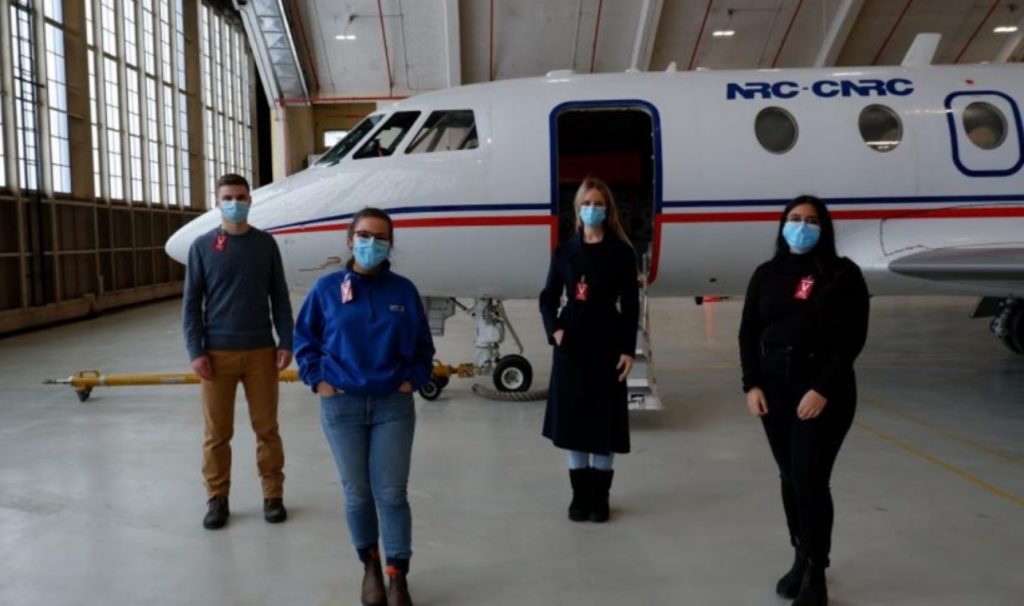 The McMaster Experimental Reduced Gravity Team (MERGE) boarded a Falcon 20 parabolic flight that simulated a reduced gravity atmosphere to continue their study of the sloshing effects of fuelling satellites in space last week.

BY Ciara McCann, Faculty of Engineering

On Feb. 17, the McMaster Experimental Reduced Gravity Team (MERGE) boarded a Falcon 20 parabolic flight that simulated a reduced gravity atmosphere to continue their study of the sloshing effects of fuelling satellites in space.

Their flight was sponsored by the Canadian Space Agency (CSA) and the National Research Council (NRA).

The mission was a continuation of a previous experiment done in July 2019 when they participated and won first place at the CAN-RGX competition, hosted by the Students for the Exploration and Development of Space (SEDS-Canada).

MERGE is the first team to advance the experiment.

“We’re trying to understand how fluid behaves when it’s being transferred from one satellite to another while in orbit to try and determine ways to control the flow of the fluid.” —  Sobia Nadeem, engineering physics student and MERGE team member.

Currently, when satellites run out of fuel they are decommissioned, causing space debris. One of the ways to solve this issue is by refuelling satellites but it still hasn’t been done. That’s where MERGE comes in.

During their first mission, MERGE observed a slatscreen system designed to dampen and evenly disperse incoming fluid to minimize dynamic forces that could create instabilities in the satellite. 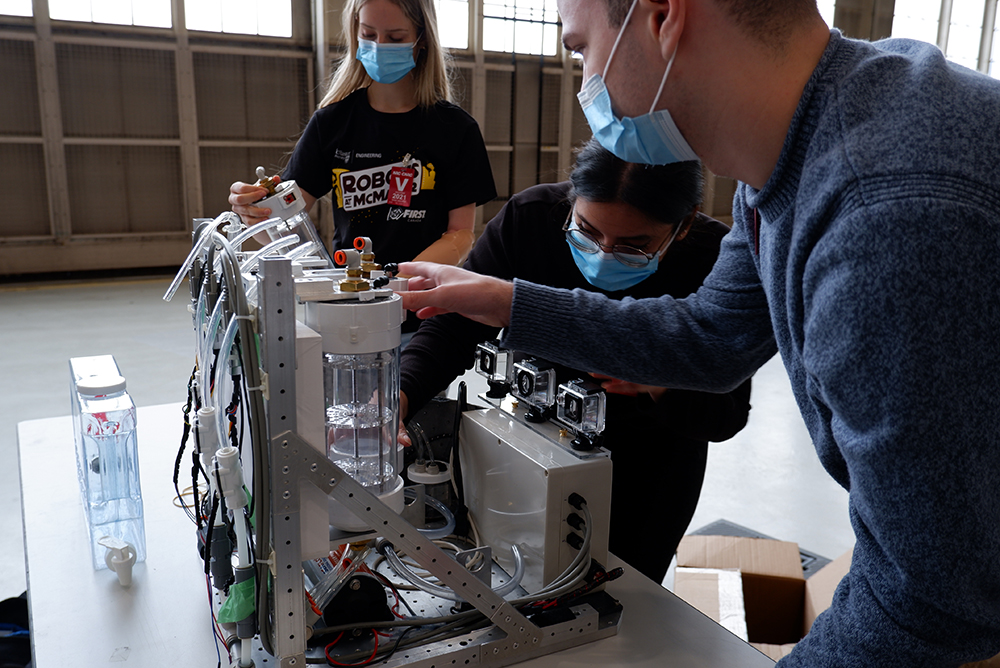 This time around they wanted better scientific data with a different type of fluid.

“Last time we flew water which is kind of goopy in zero gravity,” explained Michael Stramenga, a recent mechanical engineering graduate who is pursuing his Masters at Caltech.

“This time we flew a fluid that is a lot thinner, kind of like a paint thinner viscosity. The low viscosity and low surface tension replicates another commonly used fuel. We looked at how this fluid behaved compared to the fluid we flew last year.”

The team was able to run one experiment but will be returning to Ottawa at a later date to complete the project.

Because of COVID-19 safety protocols, only Nadeem and Stramenga experienced the zero-gravity flight. But team members Paula Bosca, from integrated science, and Sky Bjel from electrical engineering, were there for support at the Ottawa base, socially distanced and wearing masks, of course.

“Members are very passionate about this project,” Nadeem says. “There’s still a sense of being together even though we’re apart.”

Mechatronics student Jonathan Casella could not attend, but played a major part in the software development for the experiment. Integrated science student Jonathan Spence and chemical engineering master’s student Taylor Goostrey are also on the team.