Expansion of activity and rec space to begin October 2018 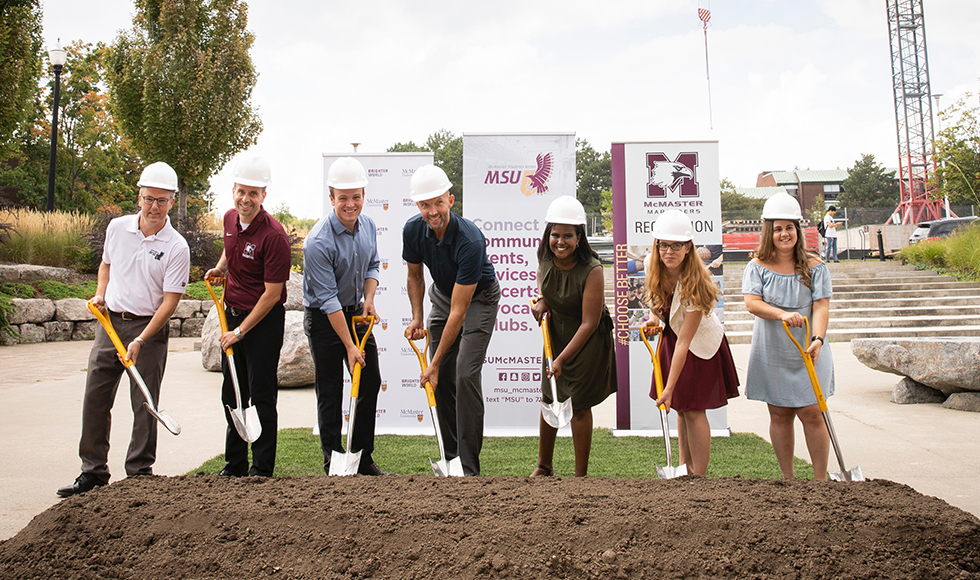 Students, faculty, and staff gathered near the Ron Joyce Stadium at McMaster on Friday for a ceremonial groundbreaking to expand student activity space and improve athletic facilities.

“This is a real example of what a partnership means,” said Sean Van Koughnett. “We have truly worked together to make this happen for students.”

In March 2017 students voted in a referendum to have a significant expansion and improvement of campus activity and athletic recreation space, including adding nearly 100,000 square feet of fitness studios, study areas, multi-faith prayer space, and meeting facilities.

The plan calls for the expansion of the Pulse fitness area, providing all students with Pulse memberships, a small grocery store, and rooms for events and meetings.

The expanded facilities will contribute to a revitalization of the north end of campus, which is also the site of the Peter George Living and Learning Centre.

Construction of the addition begins October 2018.