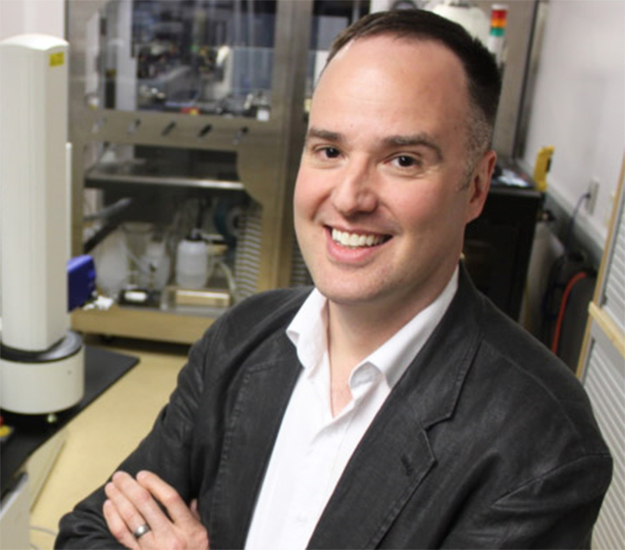 A research team involving Ray Truant, a professor at McMaster's Department of Biochemistry and Biomedical Sciences, has developed a way to measure the shape of the huntingtin protein, inside of a cell, while still alive.

Researchers at McMaster have discovered a solution to a long-standing medical mystery in Huntington’s disease (HD).

HD is a brain disease that can affect one in roughly 7,000 people in mid-life, causing an increasing loss of brain cells at the centre of the brain. HD researchers have known what the exact DNA change is that causes Huntington’s disease since 1993, but what is typically seen in patients does not lead to disease in animal models. This has made drug discovery difficult.

In this week’s issue of the science journal Proceedings of the National Academy of Sciences, professor Ray Truant’s laboratory in the Department of Biochemistry and Biomedical Sciences reveal how they developed a way to measure the shape of the huntingtin protein, inside of a cell, while still alive. They then discovered that the mutant huntingtin protein that causes disease was changing shape. This is the first time anyone has been able to see differences in normal and disease huntingtin with DNA defects that are typical in HD patients.

They went on to show that they can measure this shape change in cells derived from the skin cells of living Huntington’s disease patients.

“The huntingtin protein has to take on a precise shape, in order to do its job in the cell. In Huntington’s disease, the right parts of the protein can’t line up to work properly.  It’s like trying to use a paperclip after someone has bent it out of shape,” he explains.

The research also shows that the shape of diseased huntingtin protein can be changed back to normal with chemicals that are in development as drugs for HD.

“We can refold the paper clip,” said Truant.

The methods they developed have been scaled up and used for large scale robotic drug screening, which is now ongoing with a pharmaceutical company. They are looking for drugs that can enter the brain more easily. Furthermore, they can tell if the shape of huntingtin has been corrected in patients undergoing drug trials, without relying on years to know if the HD is affected yet.

The research was a concerted effort from many sources: funding from the Canadian Foundation for Innovation and the Ontario Innovation Trust for an $11 million microscopy centre at McMaster in 2006, ongoing support from the Canadian Institutes of Health Research, and important funding from the Toronto-based Krembil Foundation. The project was initiated with charity grant support from the Huntington Society of Canada, which allowed them to show this method was promising for further support.

The last piece of the puzzle was from the Huntington’s disease patient community, with skin cell donations from living patients and unaffected spouses that allowed the team to look at real human disease.

There are eight other diseases that have a similar DNA defects as Huntington’s disease. Truant’s group is now using similar tools to develop assays to measure shape changes in those diseases, to see if this shapeshifting is common in other diseases.