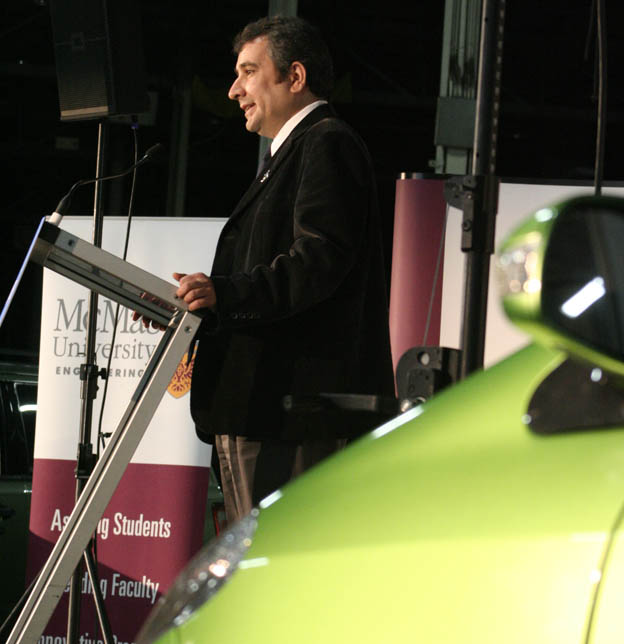 A new McMaster University start-up company has plans to produce ‘game changing’ technology to make the next generation of vehicles more efficient and affordable.

Ali Emadi, the Canada Excellence Research Chair in Hybrid Powertrain, recently launched his company Enedym, which aims to make more effective powertrains, electric motors and other components for electrified and hybrid vehicles as well as a range of other machines from vacuum cleaners to smart appliances. Most of these existing motors lose significant portion of their energy, Emadi says.

Emadi, an electrical engineering professor, and his research group have 20 pending patent applications and related inventions for the burgeoning company, dealing mainly with transportation and energy systems.

Emadi and his team have made prototypes in his lab at the McMaster Automotive Resource Centre (MARC) but want to take their innovations to the next level: commercialization and fully develop them.

Emadi, who has worked with several large vehicle companies, says the start-up offers the chance to develop McMaster-created products from the ground-up. Emadi said he expects potential customers to include car and transportation companies and suppliers.

He is currently looking for funding and partnerships to support the new company. Emadi says he expects it will take about two years for the company to launch.