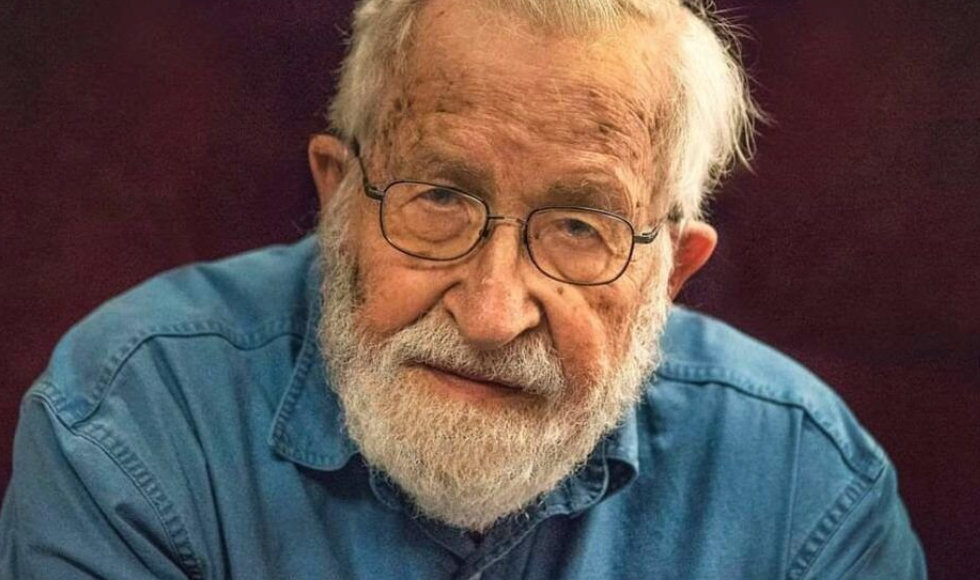 World-renowned activist and philosopher Noam Chomsky's lecture is a joint project between the Centre for Scholarship in the Public Interest and the Wilson Institute for Canadian History.

Noam Chomsky, a pioneer in the field of psycholinguistics and influential public intellectual, will be giving a virtual lecture at McMaster on Monday, October 4 at 7 p.m., hosted jointly by the Wilson Institute for Canadian History and the Centre for Scholarship in the Public Interest.

Chomsky will give a formal lecture, titled “Rethinking the civic imagination and manufactured ignorance in the post-pandemic world.” Following the talk, Ian McKay, the director of the Wilson Institute, will interview Chomsky on the critical lessons of the pandemic.

While Chomsky rose to prominence with his ground-breaking theories on language acquisition, he has also been a long-time outspoken critic and commenter on politics, especially American foreign policy.

It’s this dissidence and influence, says Henry Giroux, director of the Centre for Scholarship in the Public Interest, that makes him uniquely well suited to offer insights on the state of the post-pandemic world.

“Chomsky has, throughout his entire life, used his knowledge, skills and stature as a public intellectual to advocate for social justice.” — Henry Giroux, director of the Centre for Scholarship in the Public Interest

“He has inspired and energized educators, artists and other cultural workers to unleash the energy, insights and passion necessary to keep alive the spirit, promises and ideals of a radical democracy. He models his own work on the social responsibility of intellectuals to embrace a notion of education and politics that furthers the public imagination and the ongoing struggle for a just and equal society.”