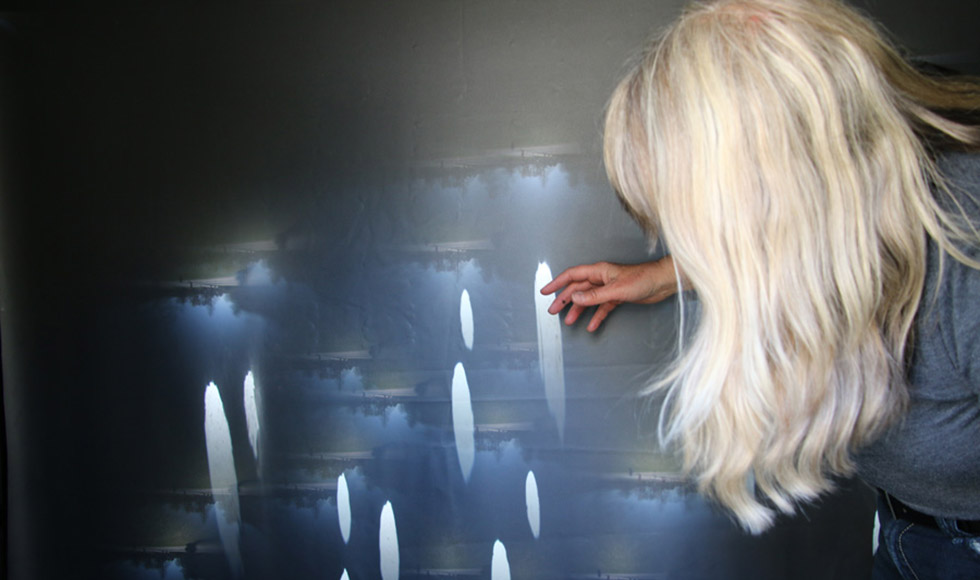 As part of the exhibition The Midnight Sun Camera Obscura Project, Canadian artist Dianne Bos is building Star Shed, a multi-aperture camera obscura chamber, in front of the McMaster Museum of Art.

Camera obscura means ‘dark room’ in Latin. A forerunner of the modern camera, it is a darkened box with an aperture for projecting the image of an external object on to an inner screen.

Bos drilled holes, patterned according to the stars as they would now be seen in the southern skies, into the shed wall. Upon looking into the Star Shed doors, we do not see the constellations, but rather a kaleidoscopic field of the campus landscape, projected upside-down and in reverse.

“I am fascinated by the history of photography and the ways different devices change our perception of time and space,” says Bos. “Pinhole photography allows me to create my own unique camera objects and to suggest a relationship between it and the image it makes. Large scale public works such as this allow me to explore the science and wonder of optics, light and space, without needing to “take a photograph.” Her photographs have been exhibited internationally in numerous group and solo exhibitions since 1981. Important national exhibitions of Dianne’s work include: ‘Light Echo’, an innovative installation at the McMaster Museum of Art, in collaboration with Astronomer Doug Welch, which linked celestial and earthly history.

Dianne Bos has been the recepient of many awards and grants including the Canada Council for the Arts and the Alberta Foundation for the Arts Grants. Bos has also been nominated twice for the Scotia Bank Photography Award.