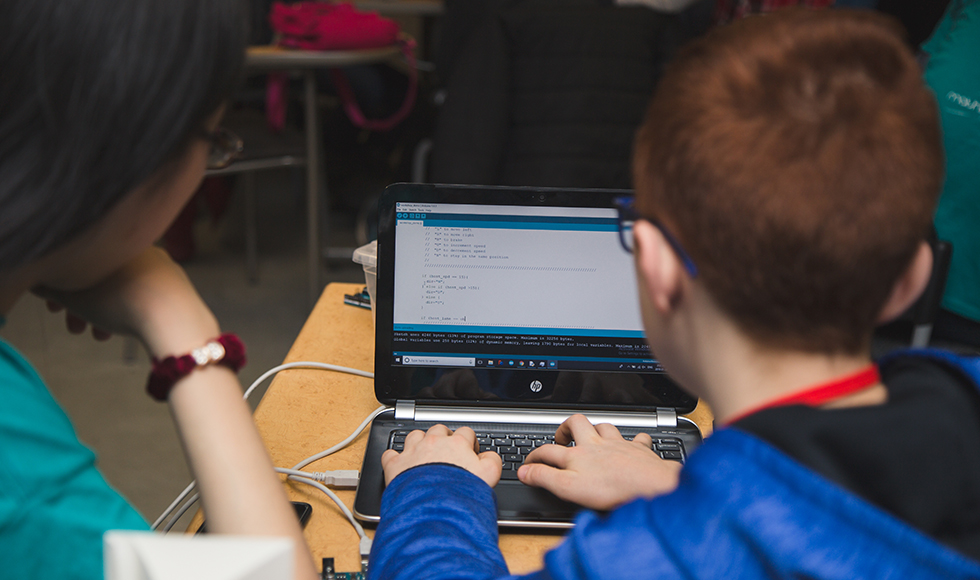 On a table before you is a computer and electrical hardware —  a microcontroller, sensors, buzzers and LEDs. The instructions are to design a home security system that is resilient to flood, fire and trespassing. Can you do it?

Middle-school participants in STEM Hacks can.

On February 8, approximately 230 students at STEM Hacks will take on a series of engineering and science challenges. The day-long competition at McMaster  will be hosted by Mathstronauts, a Hamilton-based non-profit that offers ways for kids to get engaged in science, technology, engineering and math.

“We’re hoping to inspire young people to become problem solvers and innovators from a young age,” says founder and executive director, Sehrish Zehra, who graduated from McMaster in 2015. “We aim to plant the seed that the solutions to the biggest problems in the world are solved by collaborative work that often involves the integration of science, tech/engineering and math.”

Since it began five years ago, STEM Hacks has had 700 participants, 300 mentors and volunteers from McMaster University, Mohawk College and local high school students, and 50 judges from community organizations and companies, including Kimberly Dej, acting vice-provost at McMaster.

And they’re not stopping anytime soon.

“This year we are looking at expanding our programs to the high school level,” says  Zehra. “We are excited to launch a STEM Hacks 2020 in Toronto at Humber College in May.”

Both Zehra and her co-founder, Richard Hamilton, who graduated from McMaster in 2018, have been recognized for their work with Mathstronauts. Hamilton was recently recognized by General Motors as a STEM Hero and Zehra has been nominated for a 2019 YWCA Hamilton Women of Distinction award.

“If even a handful of our students walk away with this newly gained perspective, we feel that we have succeeded in our work.”