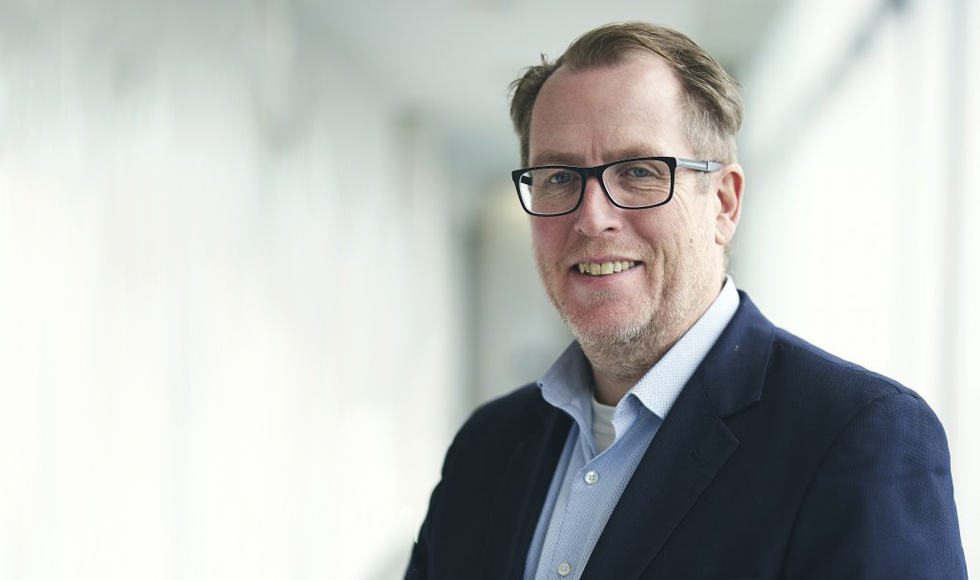 With nearly three decades of academic and industry experience, Knights has built a robust research program, garnering global recognition for achievements in the development of optical materials and circuits.

Andy Knights, professor of engineering physics, has been appointed McMaster’s associate vice-president, Research. His five-year term, approved by University’s Senate and Board of Governors, begins July 1.

The position supports the vice-president, Research, on all research initiatives with a specific focus on identifying funding opportunities and prospective cross-disciplinary collaborations, maximizing the potential of the University’s research centres and institutes, and promoting a culture of innovation.

With nearly three decades of academic and industry experience, Knights has built a robust research program, garnering global recognition for achievements in the development of optical materials and circuits.

Since joining McMaster in 2003, he has continued to attract investments from both the public and private sectors, exceeding $30 million from provincial and federal agencies and industry partners. More recently, he was awarded more than $2 million from CFI to advance the work of McMaster’s Centre for Emerging Devices, of which he has been director for the last three years.

A respected entrepreneur, Knights founded KT3 Photonics – a successful McMaster spin-off company that subsequently became part of the Ottawa-based Ranovous with offices in Canada, Germany and the USA.

Knights has served as acting associate vice-president, Research since January 2020 and, during that time, has earned a reputation as a strong facilitator, advancing the University’s strategic research priorities, while co-chairing the Return to Research Planning Committee.

Keen to build on the work he’s done to date – particularly around commercialization and research centres, institutes and core platforms – Knights recognizes these times are anything but usual for the research portfolio.

“These are challenging, yet exciting times for McMaster and its research enterprise,” he says. “As we emerge from the pandemic, we must ensure that we play our part in building back better, and I’m energized to play a role in making that happen.”

Karen Mossman, McMaster’s vice-president, Research, says Knights was the committee’s unanimous choice based on his exceptional track record of research, innovation and focus on the value of interdisciplinary research.

“Andy brings everything to the table,” she says. “His experience with commercialization, his strengths in leading large consortia, and his knowledge of the research landscape both at McMaster and, more broadly, at the provincial and federal levels, position him perfectly for this role.”

Knights says he’s honoured and eager to further support McMaster’s research community. “I’m excited to help shape McMaster’s legacy, support knowledge mobilization and technology transfer efforts across all disciplines, and do my part to advance our institutional mission to ensure the impact and influence of our research benefits society as a whole.”

Knights received his Ph.D. from the University of East Anglia in 1995, followed by post-doctoral appointments at Western University and the UK Ion Beam Research Centre. Prior to joining McMaster, Andy was principal engineer at Bookham Technology – a UK-based company specializing in the development of highly integrated optics.  He co-authored the first textbook on silicon photonics, has published more than 250 research articles, and holds 12 active patents in the area of integrated optics.

Since MacBuy launched in May 2019, the procurement team estimates the university has realized approximately $8 million in cost savings, thanks to the use and adoption of MacBuy across campus.

As activities levels are expected to increase, McMaster has decided that students who’ve chosen to live in residences will require vaccinations this fall.