Alumni Memorial Hall: Honouring fellow graduates who gave their lives during World Wars I and II 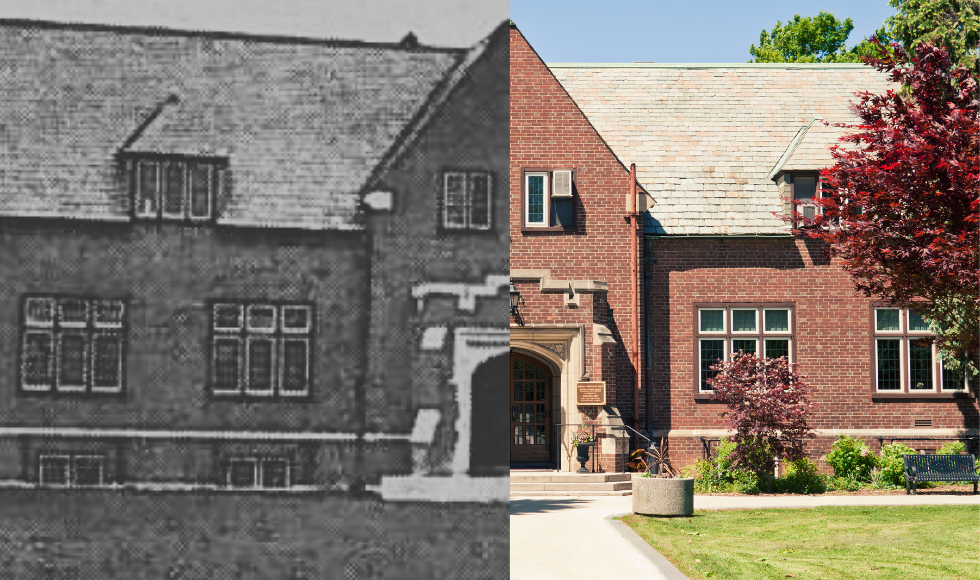 Opened for the first time 70 years ago in 1951, Alumni Memorial Hall was born of a grassroots campaign led by McMaster alumni including K.W. Taylor, an alumnus from the Class of 1921 and professor from whom Kenneth Taylor Hall takes its name. Taylor made his proposal for a memorial before the conclusion of World War II.

The May 24, 1945 issue of the McMaster Alumni News – published just 19 days after German forces surrendered in Europe – announced the project:

“A committee has been appointed to decide on a suitable memorial to be established by the Alumni in memory of the graduates and former students who have given and will give their lives in this present war.”

The proposal, plan and fundraising campaign was spearheaded by the Alumni Association, a group of graduates who all found their footing in a McMaster culture that was deeply influenced by many direct and indirect connections to the war. The Memorial Campaign raised funds for the construction of the new student activities and social centre to be sited overlooking the ravine, west of Edwards Hall.  The Hall was built in 1951 using the $100,000 raised.

There are two plaques inside Alumni Memorial Hall, one for each world war, to remember students and alumni who did not come home. Outside of the building is another plaque honouring alumni who died in Afghanistan, and a bench recognizing McMaster’s 1946 Special Session Veteran’s Entrance Class. You can read more about the McMaster soldiers lost in WWII on the virtual Honour Roll undertaken by Professor Emeritus of History, Charles M. Johnston, ‘49.

The building originally housed a cafeteria, lounges for men and women, and a common room in addition to the offices for the McMaster Alumni Association. Students of the time referred to the building as the Buttery, and it was a favourite place to go to play bridge or relax.

Alumni Memorial Hall served as student centre until 1961 when Wentworth House opened. Originally known as the Faculty Club, The University Club of McMaster now occupies most of the space in Alumni Memorial Hall. There are plenty of benches and gardens surrounding Alumni Memorial Hall, and they are all wonderful places to admire the historical significance and honour the sacrifices commemorated in the origins of this building.

All members of the McMaster community are invited to join the McMaster Alumni Association for the annual McMaster Remembrance Day Service being held virtually on Thursday, November 11, 2021 starting at 10:50 a.m.

Please register to receive a link to join the service online.