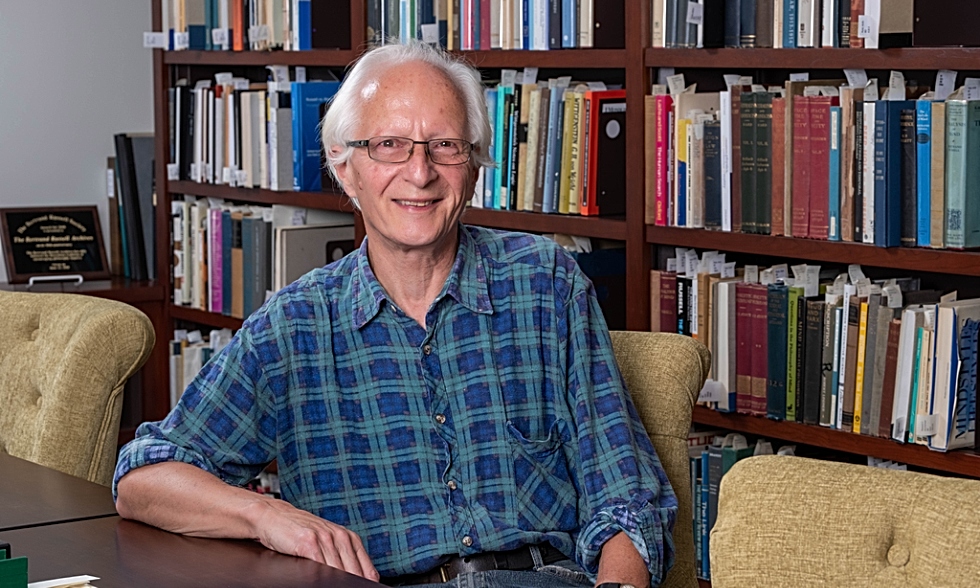 As Scholar in Residence, Griffin – a leading expert in the work and life of British philosopher Bertrand Russell– will undertake and contribute to a number of projects related to advancing Russell scholarship, including an initiative supported through the Provost’s Strategic Alignment Fund aimed at making the Library’s vast Bertrand Russell Archives more easily accessible online to scholars globally.

“This position is offered in recognition of Dr. Griffin’s many years of Russell scholarship and publication, which has done much to highlight the Bertrand Russell Archives held by the University Library,” says Vivian Lewis, McMaster University librarian, “We also recognize and appreciate his efforts to foster a strong relationship between the Bertrand Russell Research Centre and the University Library and hope that will continue as Scholar in Residence.”

“It’s wonderful to continue to have this connection to Russell scholarship at McMaster, and an honour to have a formal association with the Bertrand Russell Archives,” says Griffin whose interest in the life and work of Bertrand Russell – a world-renowned philosopher, peace advocate and Nobel laureate who is widely considered among the greatest intellectuals of the 20thcentury – first inspired Griffin to study philosophy as an undergraduate student in the 1960s.

“I feel that the subject is just getting going,” says Griffin. “There is now a proper scholarly community devoted to Russell that didn’t exist when I began. The materials that have been discovered in the Archives upended almost everything we thought we knew about Russell, and people are now recognizing that his work is more relevant than ever to current research in philosophy. This is an exciting time in Russell scholarship and I look forward to continuing this work as Scholar in Residence.”

Throughout his 42-year tenure at McMaster, Griffin has made a number of significant contributions to Russell scholarship including scores of books and other publications related to Russell’s life and work. He has served as the editor of the Collected Papers of Bertrand Russell– now in it’s 19th volume – and is also the author of the widely acclaimed Selected Letters of Bertrand Russell.

The Bertrand Russell Archives, which were acquired by McMaster University Library in 1968 and are a part of the Library’s William Ready Division of Archives and Research Collections, remain the University’s largest research collection, and continue to be used regularly by scholars from around the world.

Acquisition offers new insights into the legacy of an intellectual giant