“A collective effort of dedication and support” 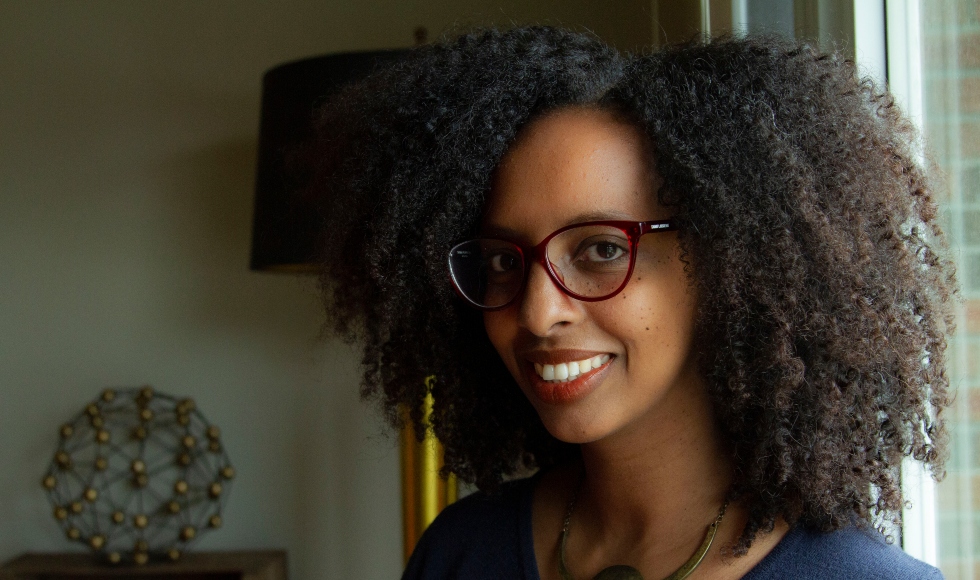 Alpha Abebe is an assistant professor who teaches courses in the Faculty of Humanities as well as in the Integrated Business and Humanities program.

When COVID-19 hit, Alpha Abebe immediately thought of the economic impact on all the people she has worked so closely with in Toronto’s East African community – and how best to support them.

Experienced in community development and engagement work, Abebe, an assistant professor in McMaster’s Faculty of Humanities whose teaching largely focuses on equity and community leadership, quickly assembled a group of community leaders on WhatsApp to determine what was needed the most.

“Once information started coming out about government resources like the CERB [the Canadian Emergency Response Benefit] I realized how accessing it was going to be challenging for some people in the community, especially those with language barriers and limited technology skills,” she says.

Soon, an active group of volunteer translators mobilized to translate announcements and government resources into Amharic, Tigrinya and other languages spoken in Ethiopia and Eritrea, and made their work available on a multi-language website.

Eventually, an email address and a text helpline were set up for people to ask questions and request support. They were also able to share information about other community initiatives, such as volunteer grocery delivery.

The site now includes sections on health and medical advice, money and government benefits, and children’s education and resources. There are also tailored resources, such as an FAQ for taxi and rideshare drivers, because of how many people in the community work in this sector.

Abebe, who was born in Toronto and whose parents are Ethiopian, explains that many low income community members are also employed in essential jobs, like personal support workers or manufacturing – which meant many people were trying to decipher the government’s directives while juggling childcare, home schooling and anxiety about exposure to the virus.

Abebe describes one man who contacted the network daily with questions, who turned out to be helping more than 200 Tigrinya-speaking people in a community outside of Toronto, filling out more than 80 CERB applications for others.

“It’s been heartwarming to see how ready people were to fill the gaps that existed despite their own struggles,” Abebe says. “On the other hand, it’s hard to see how much need there was. People shouldn’t have to stand in the gap where government and the private sector should be helping.”

By the end of April, the website had had more than 7,000 unique users – according to some estimates, more than 10 per cent of the total Ethiopian and Eritrean community in the city.

While the work of the website has mostly concentrated on communities in Toronto, Abebe is now starting formal research to determine what the needs may be in the rest of the province, and how communities can work on their own as well as with government to meet those needs.

She hopes to eventually include the Somali community, which, along with the Ethiopian and Eritrean communities, are among the top five source countries for new refugees in Canada.

The pandemic has hit immigrant and racialized communities particularly hard, Abebe says, especially in the wake of funding cuts to community agencies – but the social solidarity is a silver lining in a challenging situation.

“The resilience and ingenuity of these communities in the absence of more structured support has been incredible. Pulling together these resources has definitely been a collective effort of dedication and support from many people.”