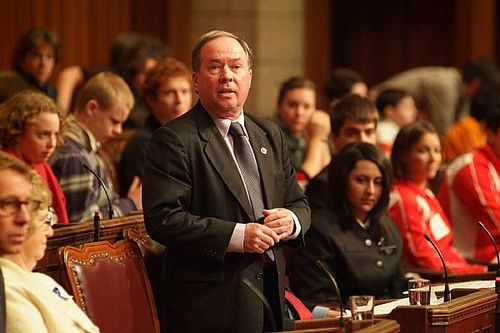 Why Canada needs a National Autism Strategy: A conversation with Senator Munson

Organizer: The Socrates Project - Office of the President

Senator Jim Munson is formerly a journalist and communications advisor to Prime Minister Chrétien. He was called to Senate in 2003 and served as Whip of the Senate Liberal Caucus from 2003 to 2016. A vocal advocate for individuals with an autism spectrum disorder, Senator Munson’s leadership in Parliament led to the adoption of “An Act respecting World Autism Awareness Day” and a landmark Senate Report “Pay Now or Pay Later: Autism Families in Crisis.”