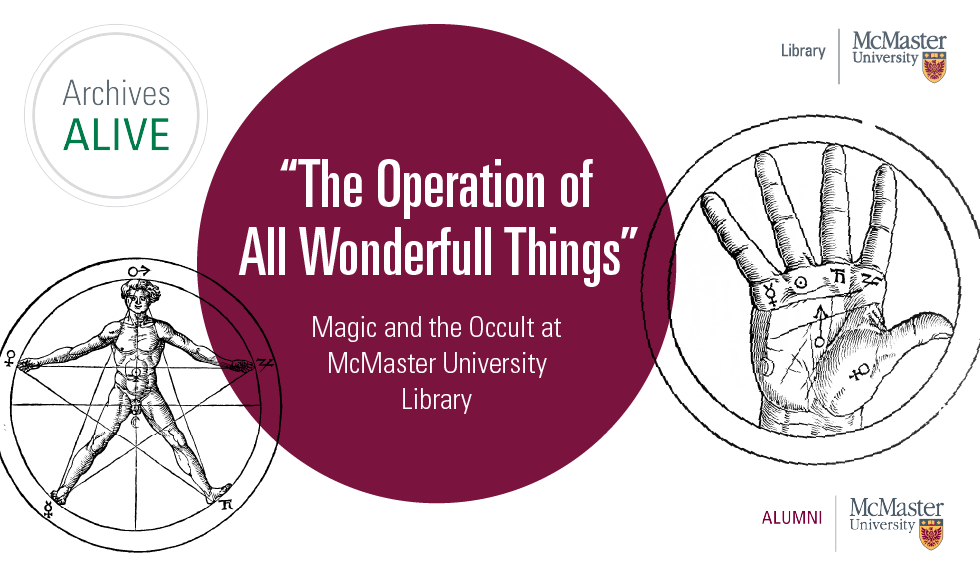 “The Operation of All Wonderfull Things:” Magic and the Occult at McMaster University Library

As the days lengthen and the leaves change, we celebrate and re-tell stories of magic, sorcery, and spirits. Supernatural and arcane themes are so popular in fiction that they have given us a shared visual language about what “magic” should look like — pentagrams, grimoires, ancient seals, and guttering candles. But where do these ideas come from?

Fictional depictions of occultism are inspired by the real thing — an extensive philosophical and practical literature of magic in the Western esoteric tradition. On Oct. 28, from 1 p.m. to 2 p.m. ET, join Myron Groover, McMaster University’s Archives and Rare Books Librarian, for a first-hand look at some of the rare and unique occult books held by McMaster’s William Ready Division of Archives and Research Collections.

Highlights will include a recently acquired first edition of Agrippa’s Three Books of Occult Philosophy, an obscure and heavily annotated 19th-century copy of the Lesser Key of Solomon, and one of only six known manuscripts of the Liber Visionum — a beguiling medieval synthesis of demonology and Marianism so controversial it was officially suppressed in 1323.